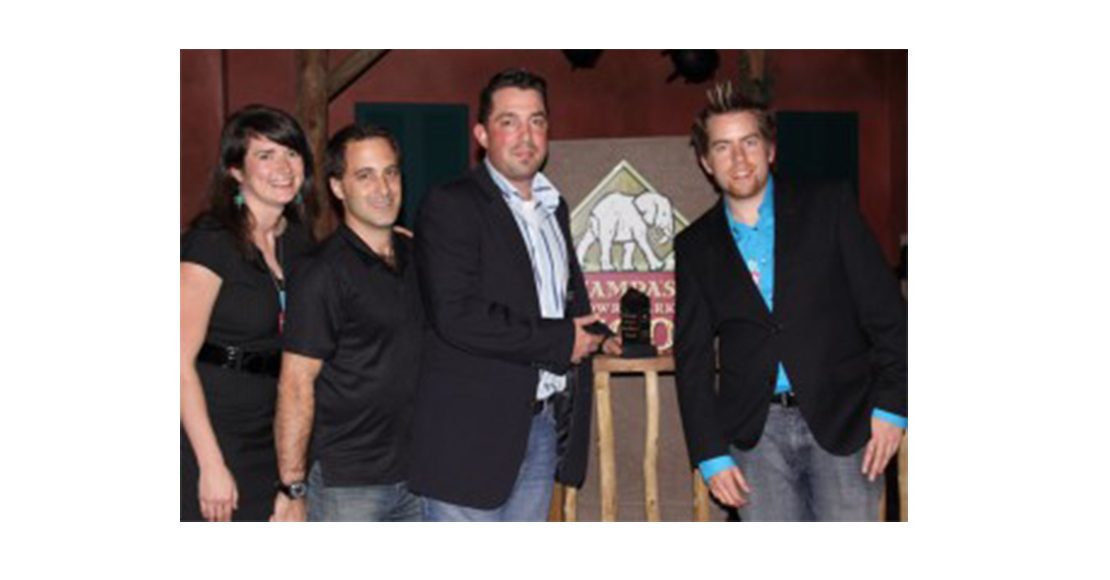 Pinstripe Marketing is proud to announce Mike Compton as the 2010 Pinstripe Service Excellence Award recipient at the American Advertising Federation – Tampa Bay Chapter’s ADDY Awards held on February 24, 2011 at Lowry Park Zoo. Presented annually, the award recognizes the Ad 2 member who demonstrated the most outstanding contributions to the organization.

Compton currently serves on the executive board as secretary and has served as the public service chair and AdCast producer, the club’s webcast. He has also produced this year’s public service television spot for The Spring’s teen dating violence campaign, I Own Me, and has represented the club at the National Ad 2 competition at the AAF National Conference.

“Mike has been an instrumental member of Ad 2’s public service and communication initiatives for more than four years,” said Ginger Reichl, president of Pinstripe Marketing and former Ad 2 Tampa Bay president. “He is a model volunteer, lending his talent and a significant amount of time to support the organization and its charitable initiatives. This award is well deserved.”