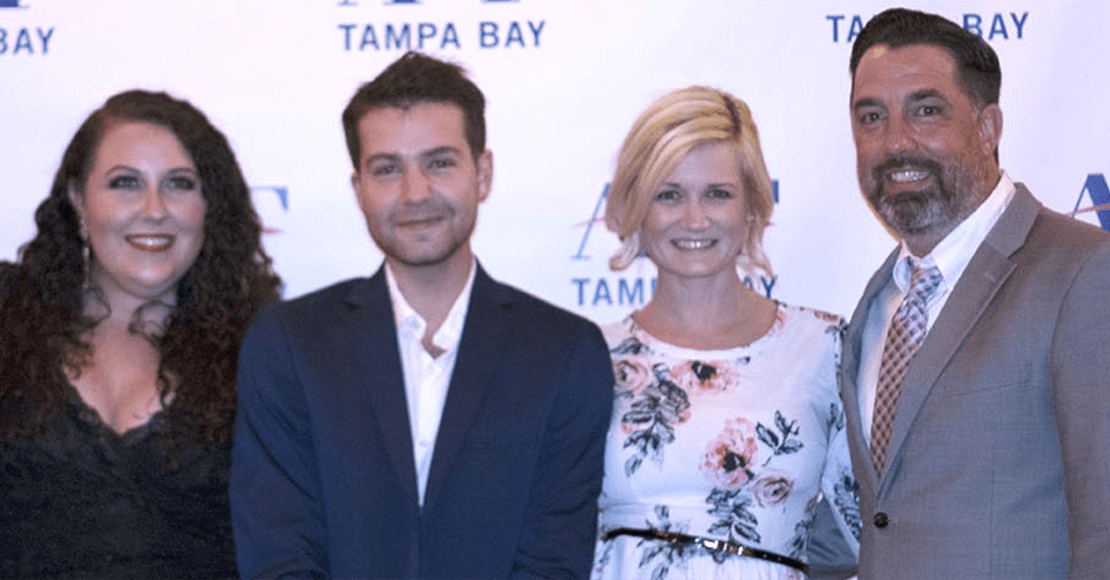 Ad 2 Tampa Bay’s immediate past president, Connor Storch, received the 2017 Pinstripe Service Excellence Award at the American Advertising Federation – Tampa Bay Chapter’s ADDY Awards held on February 15 at Nova 535. Presented annually by past recipients, the award recognizes the young professional who demonstrates the most outstanding contributions to Ad 2 Tampa Bay, the advertising industry, and the community. 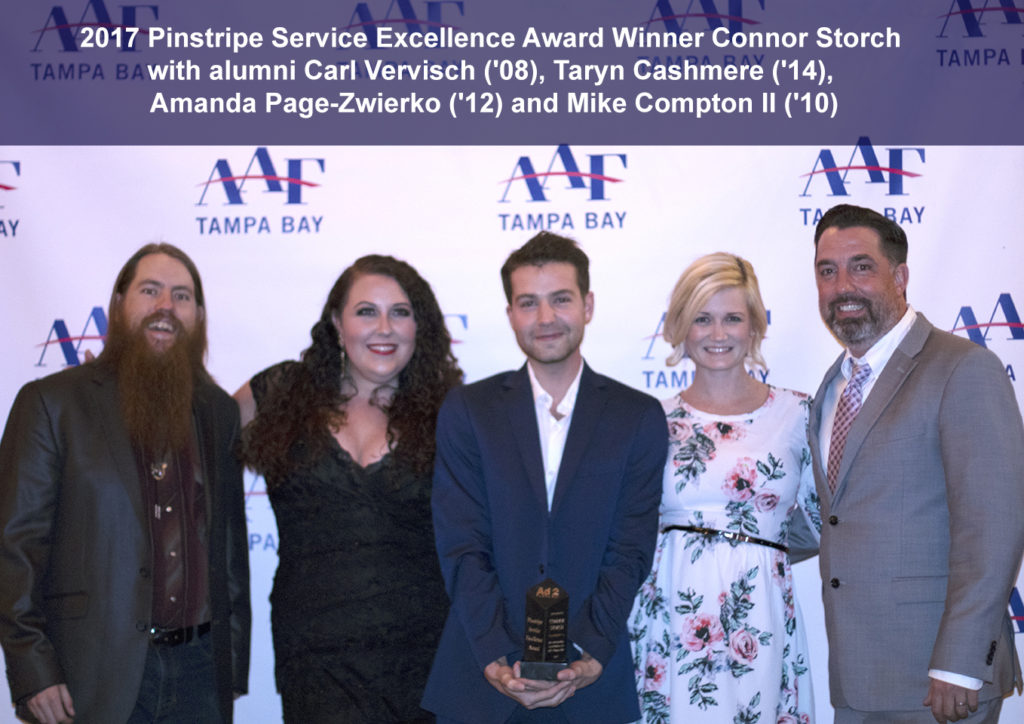 During his tenure, the organization experienced one of the most rapid and energizing periods of growth, including increasing membership 334%. Known for his positive energy, he led the charge to reenergize club committees, recruit more volunteers, and to keep the organization in good health with fundraising. He also revived the Ad 2 Liaison position in the 4th District to help bridge the gap between Ad 2 and AAF so both organizations can work more harmoniously toward their shared goals. His leadership was recognized by AAF in 2017 when he earned District Club and President of the Year, and National Club and President of the Year honors. 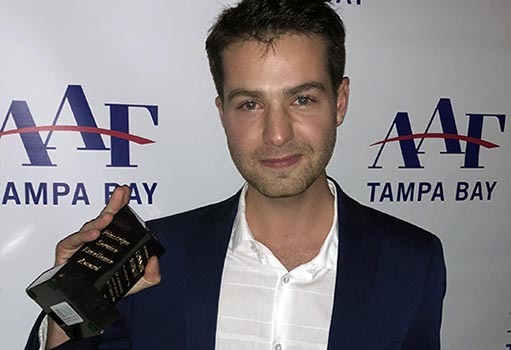 “Connor’s enthusiasm and passion for Ad 2 were the common thread in each of his nominations,” said Ginger Reichl, president of Pinstripe Marketing and former Ad 2 president. “He is clearly a connector and his desire to make the organization diverse and inclusive are what drove the remarkable membership growth last year.”

Connor is a marketing communications specialist at Triad Retail Media in St. Petersburg.