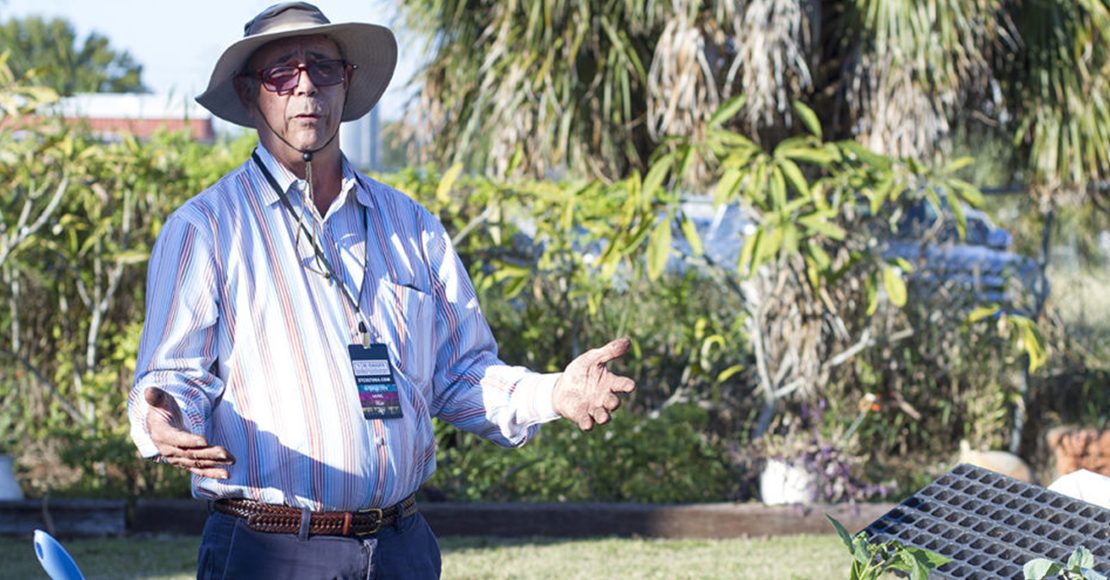 Et Cultura Festival wrapped up last week, and we wanted to share just a few of the interesting things we saw and experienced over the five-day festival’s myriad activities. It was definitely a whirlwind week and since we do public relations for the festival, the few weeks before were pretty hectic as well, but we had a great time and we’re already looking forward to next year. 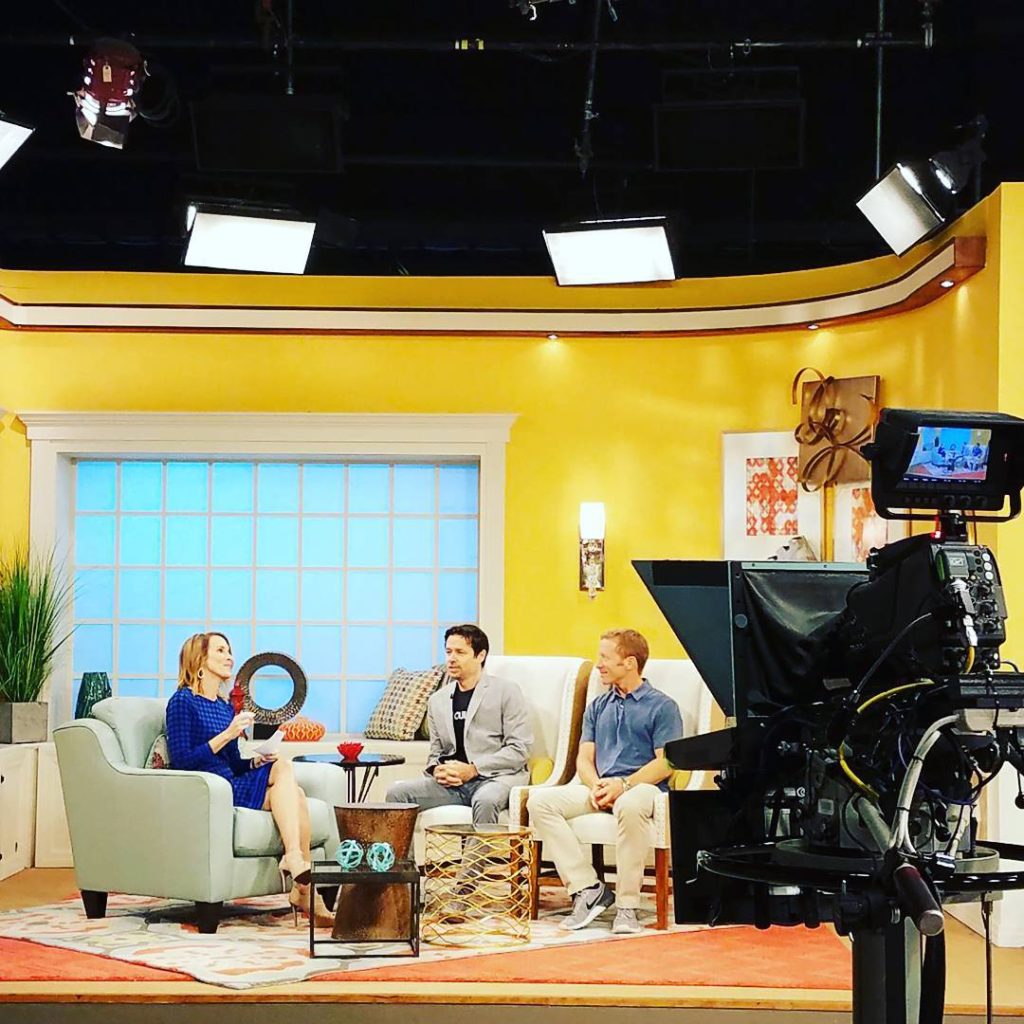 Some of the highlights that we were able to catch:

SEEDS interactive sessions at the Morean Center for Clay were phenomenal. There were several presentations throughout the day, all related to gardening, plant-based diet, sustainable living. It was incredibly interesting and enlightening, plus some of the presentations were interactive. One presenter, Kim Campbell, Director of Recipe Development and Culinary Education for PlantPure, Inc., even did a recipe demonstration where she prepared 3 giant pressure cookers full of Ethiopian butternut squash and lentils with brown rice. She made enough to go around the entire room, and the whole room smelled incredible. Not only that, the dish tasted amazing, so we are definitely going to try making some recipes like this in the future. 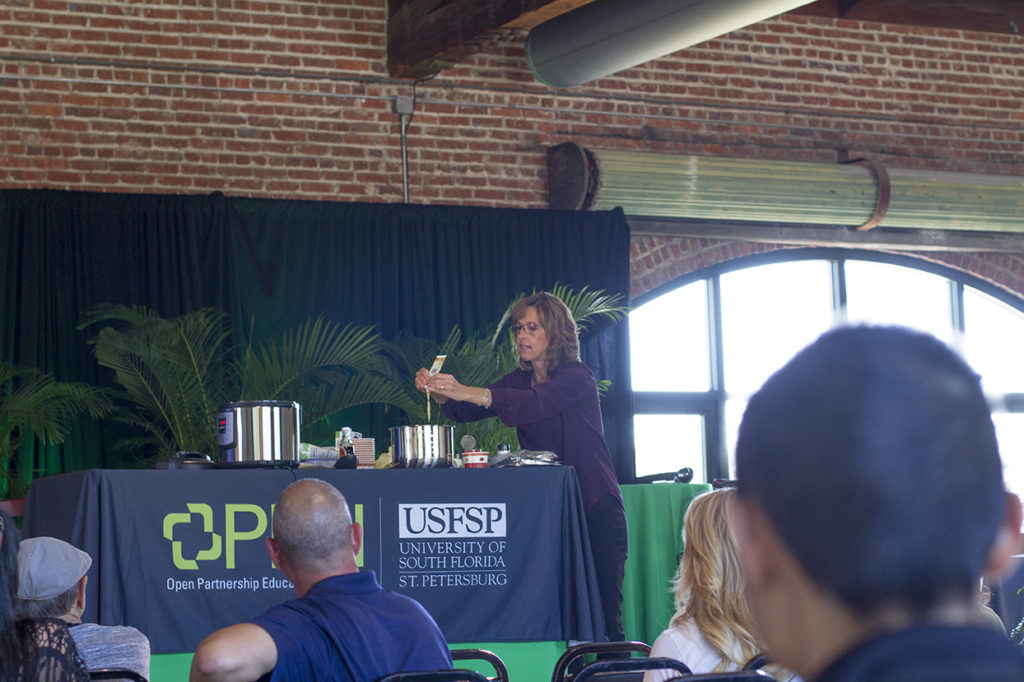 Another highlight of the SEEDS interactive sessions included live gardening demonstrations by some of St. Pete’s local farmers, which sparked some of the Pinstripe family to go home and start gardens. The weather was perfect and the crowd was thick for these sessions, which means a lot of people are interested in growing food. 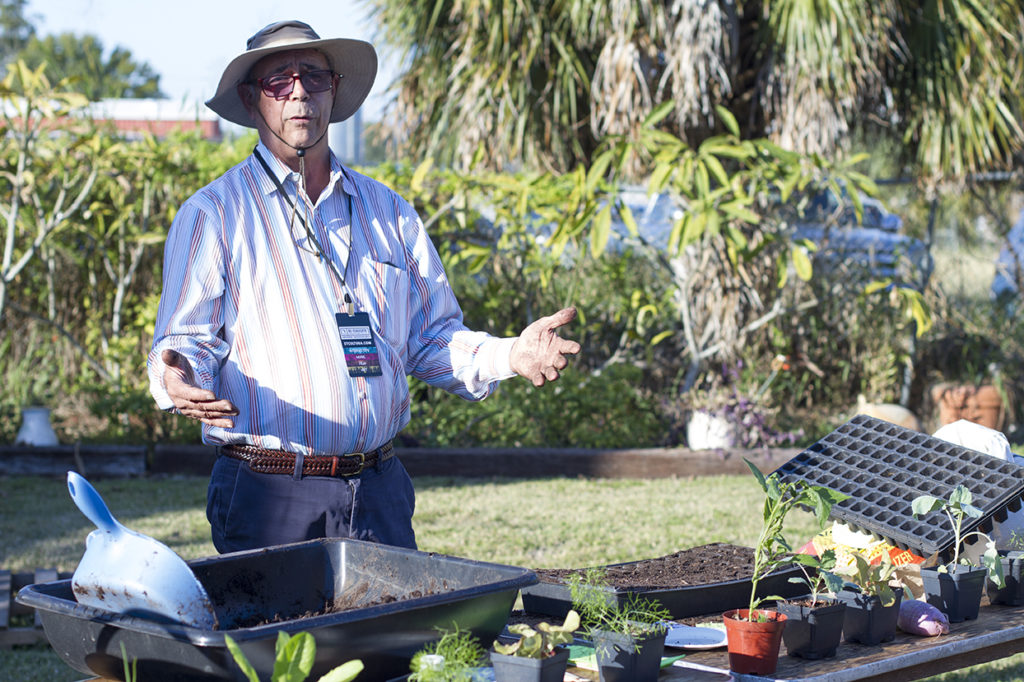 A panel discussion called “Prescribing Food as Medicine” provided some fascinating insights into how diet directly affects physical health and illness. One fascinating case in particular was a diabetic patient who was very sick changed their diet to plant-based and no longer had to use insulin. Other panelists discussed the affects of diet on heart disease, obesity, and even cancer. 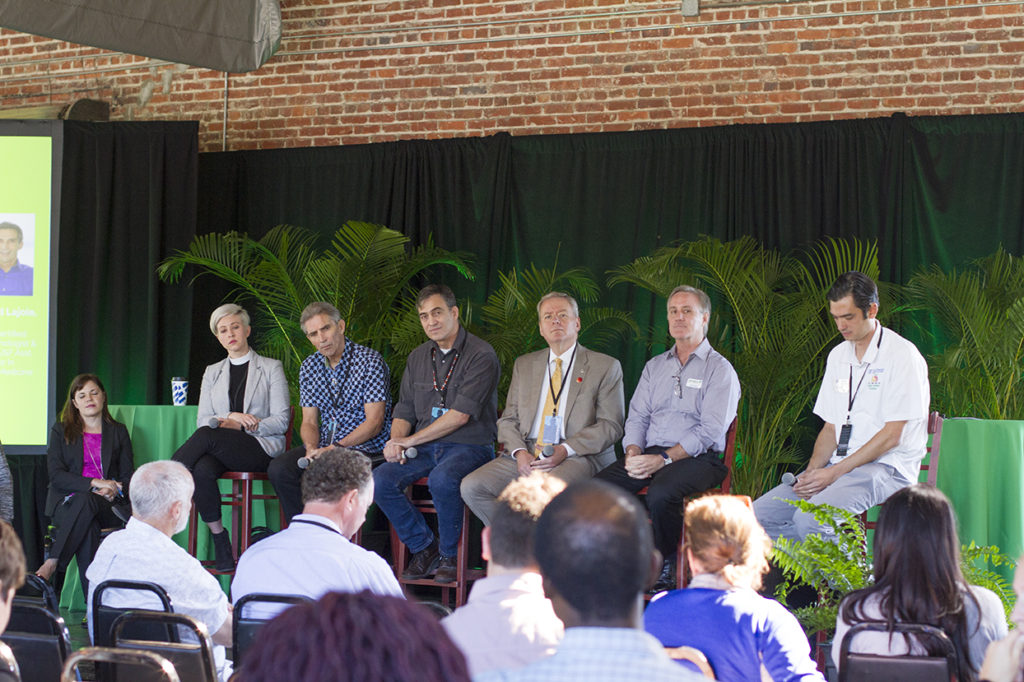 Lots of interested folks at the SEEDS interactive sessions all day long. 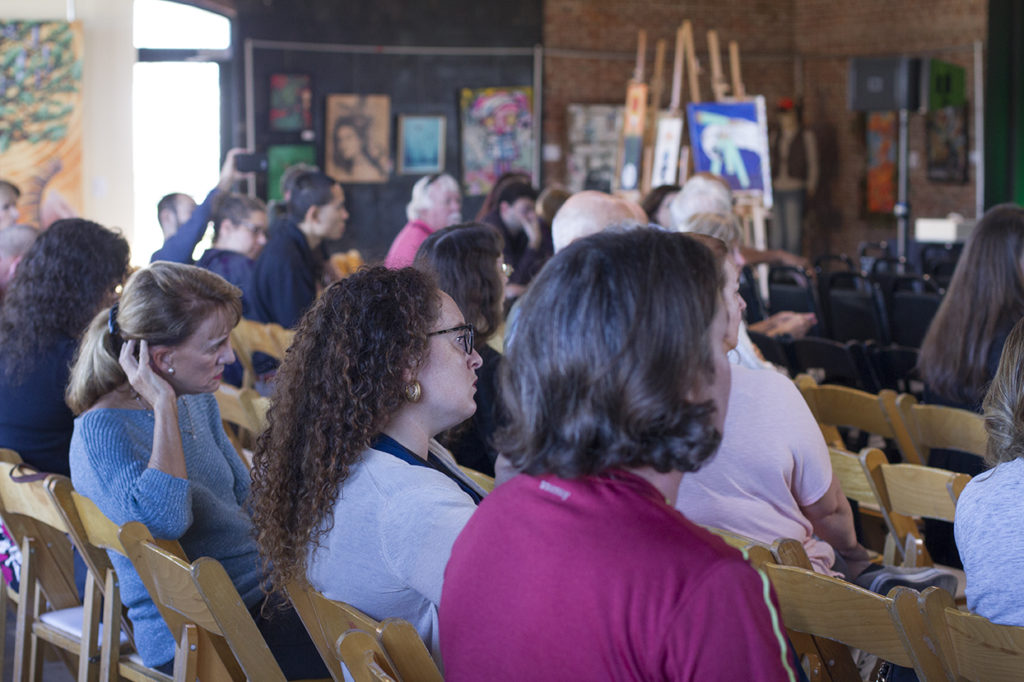 Small Is Big discussed the importance of championing locally owned and operated businesses and using entrepreneurs, citizen volunteers, events and artists for community development as well as an economic driver. 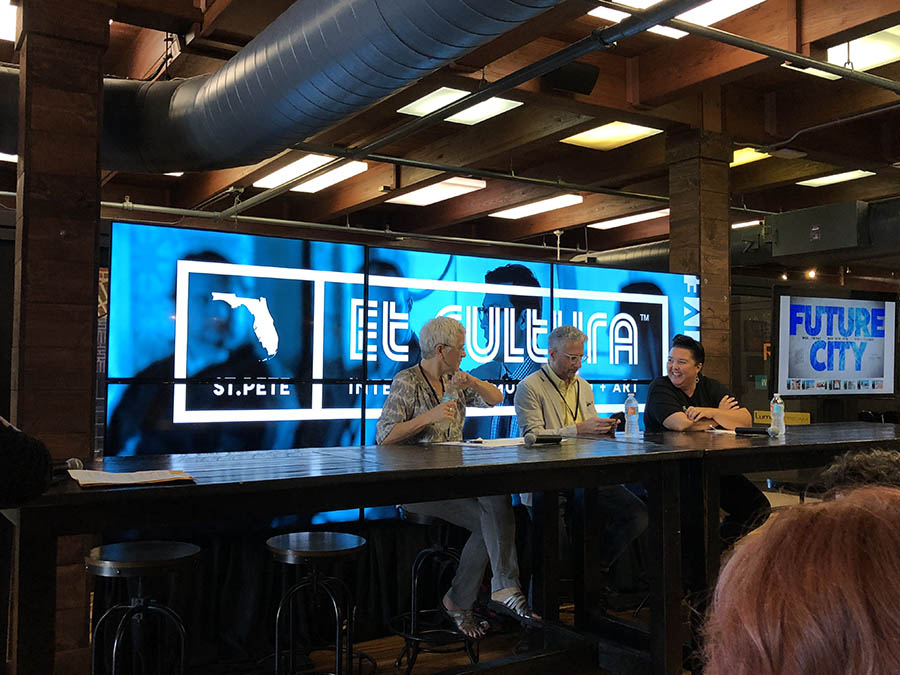 What Is “Affordable” Housing These Days? featured speakers representing the city, developers, the tiny house movement and others. The discussion highlighted the needs for a variety of places to call home that we can afford and want to live in as our city grows, continues to attract young talent, and needs to support a service-oriented workforce and address the changing needs of an aging population. 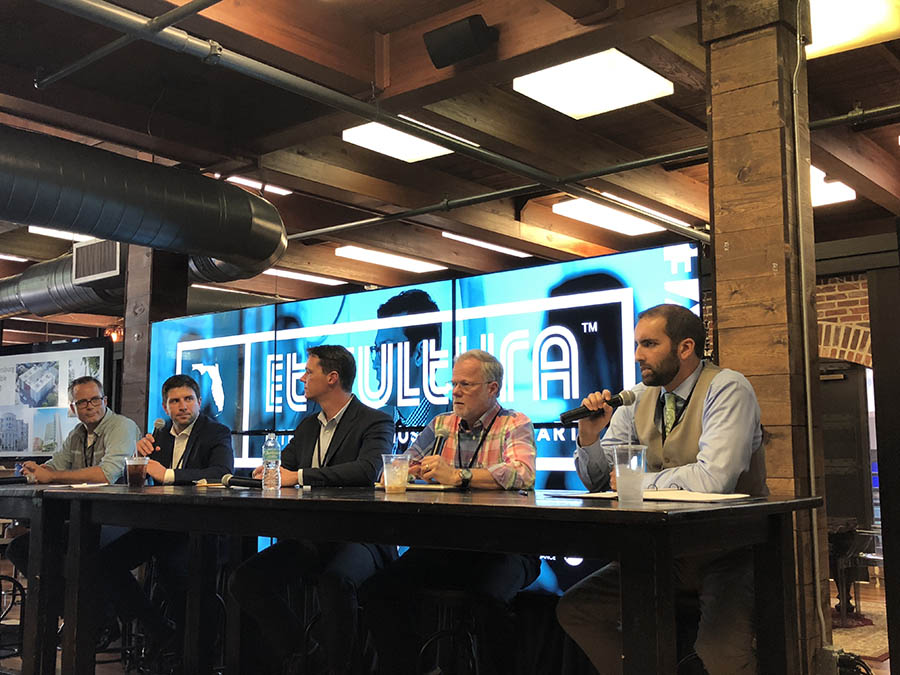 Perhaps the most interesting discussion on Thursday was Inclusive Cities featuring social justice advocate, Weldon Angelos. The panel discussed ideas for building a more equitable system in our community and beyond for citizens who break the law, serve their time, and want to re-enter society. Weldon Angelos story is fascinating and infuriating. He was sentenced a mandatory 55 years in prison for selling a few pounds of marijuana while possessing a firearm – a sentence so extreme that his judge, unable to go below the mandatory minimum, called on the president to commute Weldon’s sentence. Barring such a presidential commutation, taxpayers would spend more than $1.5 million to keep Weldon behind bars until he was 80 years old. Weldon’s sentencing provoked unprecedented public outcry. Twenty-nine former judges and prosecutors filed a ‘friend of the court’ brief beseeching Weldon’s sentencing judge to declare the sentence unconstitutional. At sentencing, Judge Paul G. Cassell called Weldon’s punishment “unjust, cruel, and even irrational,” comparing it to much shorter federal sentences given to repeat child rapists and airplane hijackers. Judge Cassell wrote a 67-page opinion urging President Bush to commute Weldon’s sentence to 18 years or less. Unfortunately, none of these efforts proved fruitful until recently, when President Obama commuted his sentence– after Weldon served 13 years in prison.

You can see more of Weldon’s story here:

On Friday we were fortunate enough to join a group of educators for the RADICAL SCHOOLS interactive sessions. The keynote speaker was Geoffrey Canada, who flew down from Harlem, New York City to discuss his work with the Harlem Children’s Zone and the philosophy of his educational approach. He and his colleagues seek to change the lives of inner-city kids, prevent youth violence and foster community development through education reform. The model encourages educators to meet students where they are and use their own interests and needs to create active participation in their education and future. 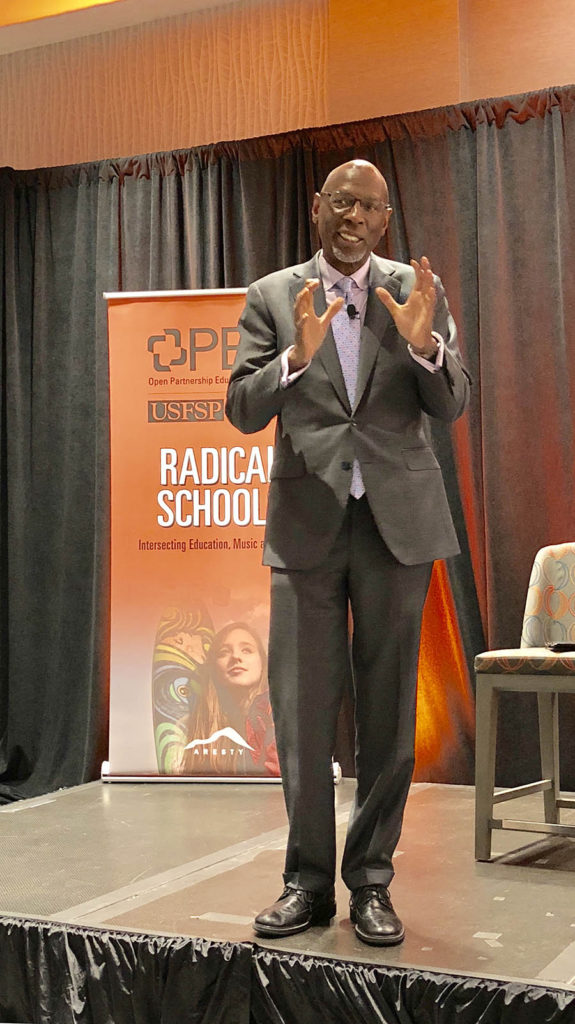 One really cool element of the RADICAL SCHOOLS interactive sessions was a portable skate and BMX half pipe. They set it up right in the middle of 2nd St between 1St Ave and Central in downtown St. Pete, closed off that street, and had professional BMX riders and skateboarders doing tricks. It was definitely a good way to get every kid’s attention, and a huge crowd of both children and adults gathered to see the talented athletes doing cool tricks and defying gravity. 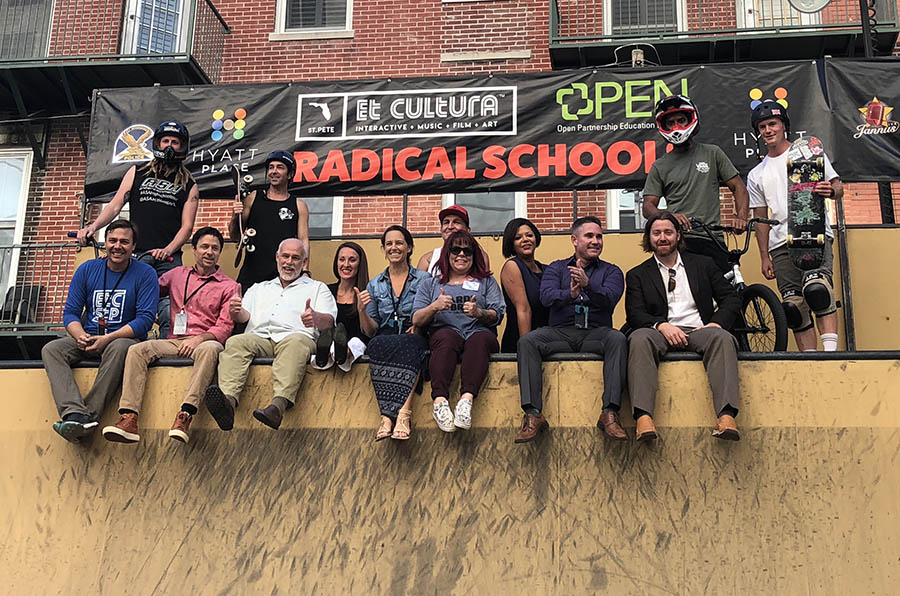 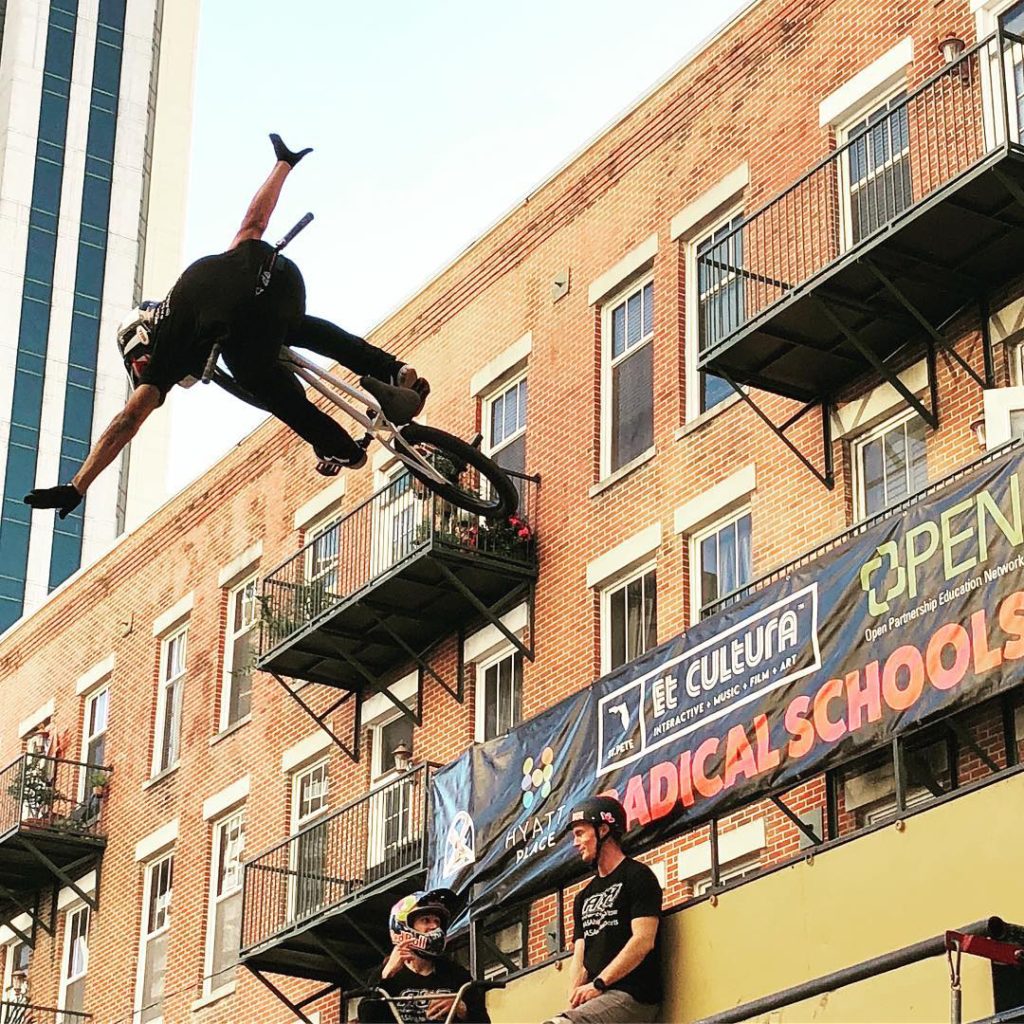 Of course, we also caught a few of the concerts, films, art shows and the makers market – Et Cultura is a week of what is best in St. Pete!

Our public relations efforts for Et Cultura included media relations and leveraging our relationships with local television stations to book morning shows for Et Cultura founders and other interesting interviewees. It’s a win-win situation, as the hosts get to meet great people who are making cool things happen in our community, and our clients have the opportunity to discuss their events and draw more attendance to their events on television shows with thousands of viewers across the Tampa Bay area. Next time you have an event or news-worthy business happening, get in touch with Pinstripe and we can help you get the word out to our community, both in television and in print. 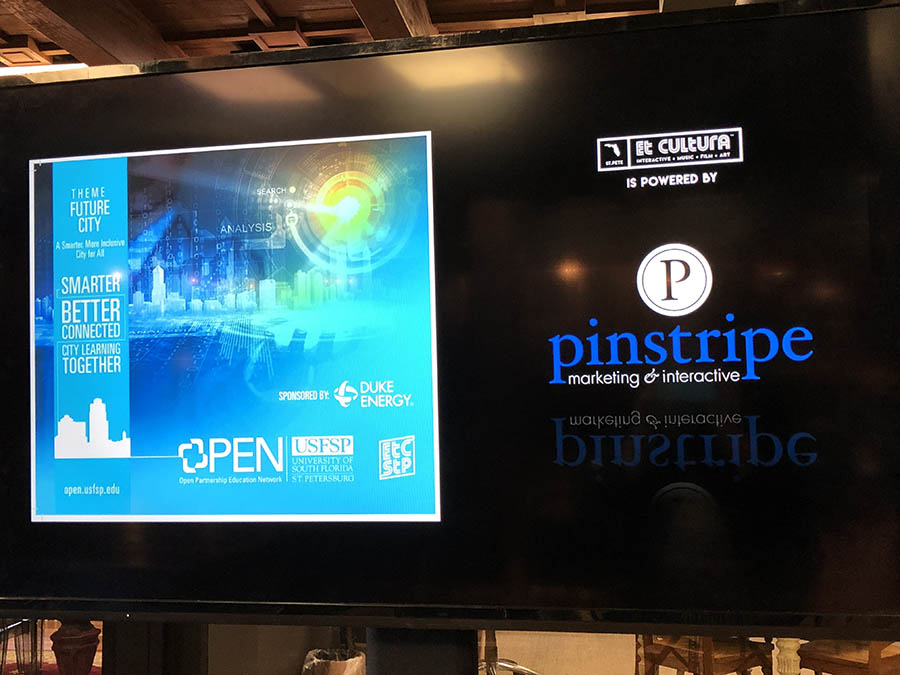