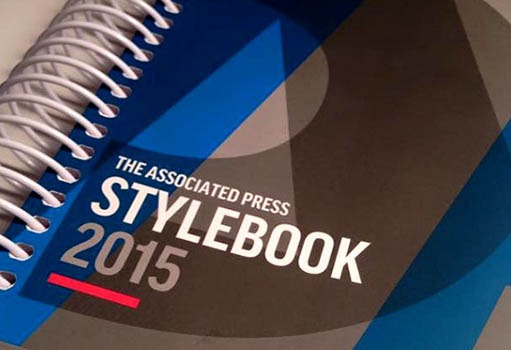 The Associated Press Stylebook is celebrating its 50-year anniversary this year, and while the updates to the book are not as drastic as last year’s updates, there are some additions and revisions that are of particular interest.

As bacon-lovers, we would like to start off with the expansion of the food chapter to include BLT for bacon, lettuce and tomato sandwich on first reference. Not surprising, as the sandwich has already appeared as such on stacks of lunch menus across the United States for decades.

While on the topic of food and drink, it is noteworthy that craft brewery should stand in for microbrewery (being that our region is becoming well-known for our breweries), and we are no longer “pre-heating” the oven. It is now: Heat the oven to 350 F.

An update that is close to our marketing hearts is the addition of meme and favorite (as in a Tweet). This year, all vocabulary pertaining to online has been moved to the A-Z section.  Previously, these terms were found in the Social Media Guidelines. Thus, online vocabulary has officially been assimilated into our lexicon.

Sports Guidelines are a major focus, with more than 60 new or revised entries. Much of this section is devoted to sports clichés and slang. For example, the text states that, in baseball, “Home runs are homers, not ‘dingers,’ ‘jacks’ or ‘bombs.’”

“While none of the changes are as momentous as last year’s ‘over/more than’ proclamation, they reflected an increased sensitivity to how language can be polarizing,” said Merrill Perlman, president of the American Copy Editors Society Education Fund.

This includes the phrase “animal welfare activist” to be used instead of “animal rights activist.” There is no doubt these activists are advocating for the animals’ “welfare,” but some would argue that the term “rights” should be reserved for people, not animals.

Suicide is also addressed, and a tactful approach is suggested when writing stories about the subject. It states that suicide stories, when written, should not go into detail on methods used. Also, avoid using the phrase, committed suicide, unless the phrase is a direct quote from authorities. The word committed implies a crime, and laws against suicide in the United States and many other places have been repealed. Instead, use killed himself, took her own life, or died by suicide.

Many of the rules of this 600-page guide are subtle, nuanced versions of popular language use. They are often not instinctual, so refer to the Stylebook frequently in your endeavor to write universally consistent, coherent, and comprehensible journalistic pieces. We keep the newest version on our desk at all times, as should every writer.

If you haven’t purchased your 2015 copy yet, you can buy a print copy or sign up for an AP Stylebook Online account