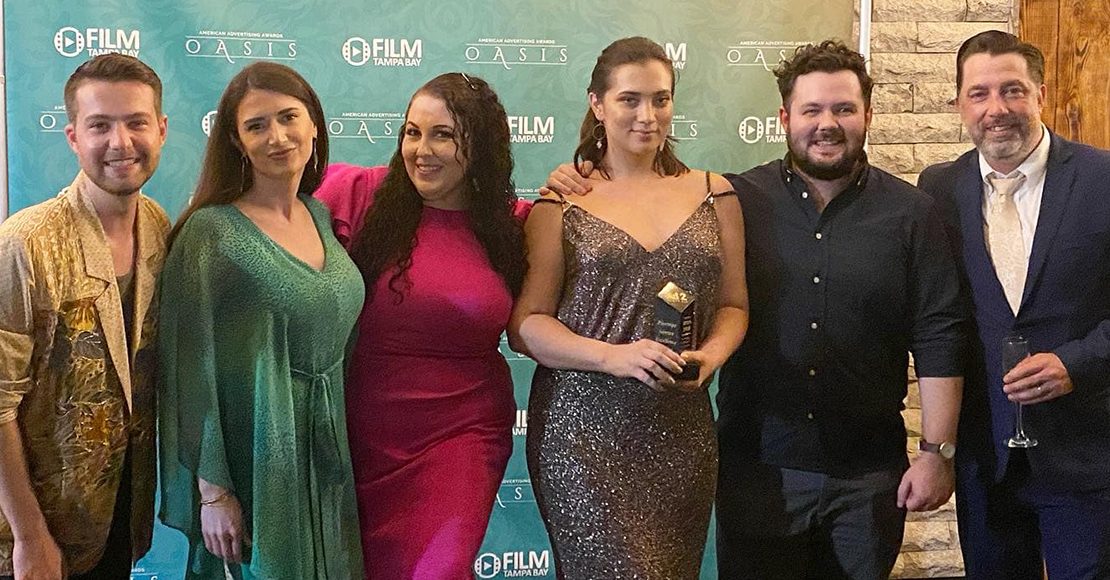 Ad 2 Tampa Bay’s immediate past president, Kaitlyn Zeitler, received the 2019 Pinstripe Service Excellence Award at the American Advertising Federation – Tampa Bay Chapter’s ADDY Awards held on February 20 at Tabella’s at Delaney Creek. Presented annually by past recipients, the award recognizes the young professional who demonstrates the most outstanding contributions to Ad 2 Tampa Bay, the advertising industry, and the community.

Zeitler is the immediate past-president of Ad 2 Tampa Bay, and during her tenure, the organization went through several significant changes including modernizing its events, earning a government proclamation for the 2nd Annual Tampa Bay Advertising Week, completing a redesign of the website, reforming relationships with local universities, and connecting Ad 2 with agencies and companies that they had not worked with in the past. Kaitlyn also worked diligently to return Ad 2 Tampa Bay to the spotlight by earning 3rd place in the 2019 National Ad 2 Public Service Competition where she led the team as Strategic and Creative Director in addition to her duties as president.

“Kaitlyn’s work with Ad 2 not only continued the chapter’s legacy, but elevated it nationally,” said Ginger Reichl, president of Pinstripe Marketing and former Ad 2 president. “I believe public service is the most important thing the organization does and is often a young professional’s first exposure to the pro bono work for which our industry is known. Her leadership may have earned recognition at the national competition, but more significantly, it provided their client with the advertising assistance they desperately need.”

Zeitler is a copywriter at Ashley Furniture.

About Ad 2 Tampa Bay
Ad 2 Tampa Bay, Inc., an affiliate of the American Advertising Federation, is a non-profit organization of advertising professionals under the age of 32. As a 16-time National Ad 2 Club of the Year, the organization takes pride in providing both members and the community with quality educational programs, national award-winning public service campaigns, professional interaction, member employment services, fun-filled social events and much more. For more information, please visit www.ad2tampabay.org.