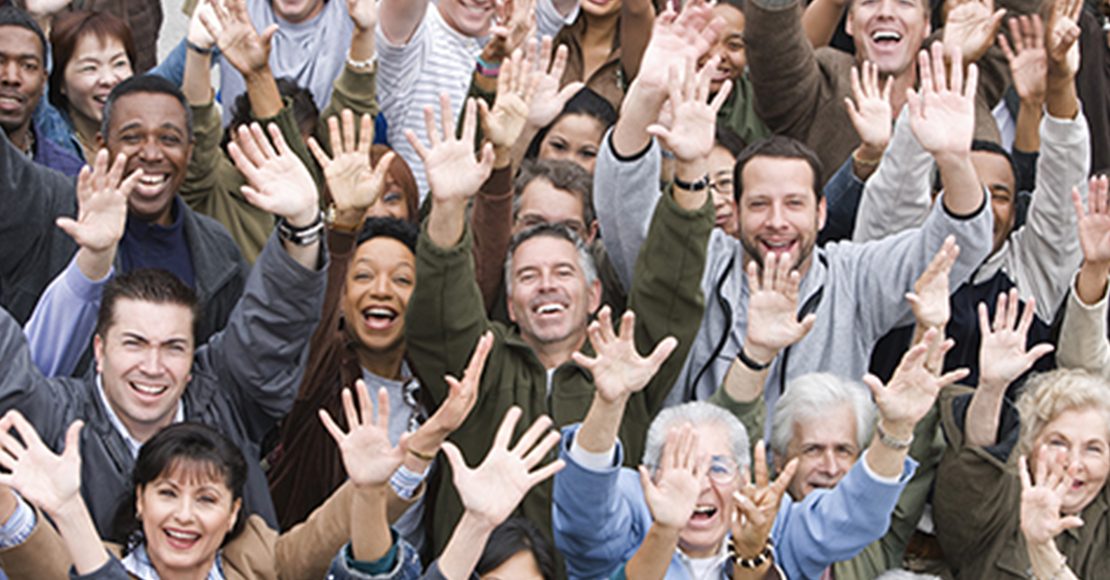 How many people should have input into the creative aspects of a marketing message? Is that too difficult a question to ask? Let’s see. We’ll start at the point after we’re committed to a project and we have a clear objective in mind. Now let’s invite people until we get everyone we need.

Start with a project manager. That’s the person who will see that the final product remains true to the original objective. Honestly, she or he will be more of a traffic cop than anything else, but that’s still an important function. You may need someone to say, “It’s okay to think outside the box, but at least be able to see the box.” (1)

Many copywriters and designers (graphic artists, web builders, video- editors … etc.) would subtract the project manager and put the number back at one—meaning themselves with the writer or designer only along to take their direction. They’re all equally vital, though, so we’ll include copy writer, designer and project manager. (3)

The next person we’ll add to the ideal creative group is a “brand champion” for the organization. She or he will make sure concept and execution stay consistent with the company’s identity and that the work delivers a consistent, over-arching value proposition. (4)

Finally, in many cases, we have someone who knows and understands the audience. This key person ensures messaging is on target and that the likeliest reaction will be the one that’s desired. Sometimes the project manager or brand champion serves this role, but we’ll include that person here to complete our team. (5)

That’s five. Were you expecting more? Possibly there could be, if the project has a lot of components and there’s more work to be done than a small team could handle. But, really, five people handling creative development is usually all you need. Now you could have fewer, when there’s a talented, very knowledgeable person fulfilling multiple roles. On the whole, though, five is good … and those few people need to stay in their lanes and communicate well and often!

After the creative team presents its work, an ultimate decision maker ought to grade the work as pass-fail. Maybe, but only maybe, this individual can suggest a tweak here or there, but usually it’s better to trust the judgement of paid professionals. To the extent that others must be involved, let them focus on considerations such as ROI and opportunity costs, or whether statements are factual and should be made public.

But what about the wisdom of crowds? Isn’t it true that the more eyes that are on a project, the more likely something will be discovered that needs changing. Plus, good ideas can come from anywhere, so let’s give lots of people a voice, right? Um, no. Here are excellent reasons why too many cooks make an unpalatable meal:

This might be the point you thought we’d back off that five number and hedge our bet. But, no, we’ve thought this through and experienced the repercussions of all of these downfalls. Keep in mind, there are plenty of other jobs associated with marketing for all the folks outside the creative process. For instance, someone needs to analyze the results of every campaign. Others can choose where ads will run and how often. There are surveys and focus groups to be conducted … all sorts of things. But you shouldn’t have your CFO doubling as a creative director any more than you would have your graphic artist making decisions about acquisitions and mergers.