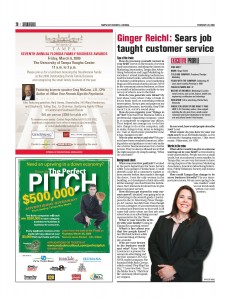 Ginger Reichl Appointed to Brookwood Board of Directors

Pinstripe president, Ginger Reichl, has been appointed to the Brookwood Florida board of directors.

Brookwood is a group home for girls ages 11 to 21 who are victims of abuse, neglect, violence, family dysfunction, homeless, or transitioning out of the state foster care system.

Brookwood’s treatment philosophy is a combination of cognitive, behavioral and reality therapies. The program goal is to assist troubled young women in developing skills, self-concepts and a maturity level sufficient to successfully return home or move into independent living.

“My mother volunteered at Brookwood for many years while I was growing up. I would sometimes join her as she went to play bingo with the girls, or to take supplies for their welcome bags. It touched me to see them get excited about ‘winning’ shampoo and shower gel,” said Ginger. “I am honored to serve on the board of directors and hope to bring more awareness about this outstanding organization and the important work they do.”

I was fortunate to have Tisha in my life for eight years and for her to call me ‘sistah’. After a short battle with breast cancer, we lost her last September.

Please join me as the Pinstripe team walks in her memory and for those ‘sistahs’ still with us.

Registration information is available on the Winky Wright Foundation web site. Simply check ‘I am walking with an existing team’ and enter ‘Pinstripe Marketing‘ in the box to the right.

We hope to see you there.
Ginger 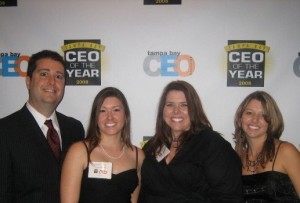 Pinstripe president, Ginger Reichl, was named a finalist for the Tampa Bay CEO of the Year awards in the Emerging CEO category for professionals under 40. 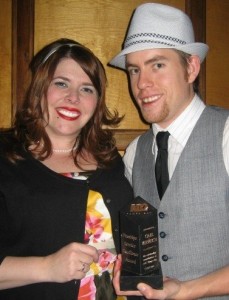 Vervisch was integral in the development of AdCast, a live Internet-broadcasted video program focused on young professionals in Tampa Bay. The show features the latest information on Tampa Bay area events, professional development, hot trends in marketing, and new talent in the advertising world. AdCast also promotes other young professional organizations, charities and fundraising events. Vervisch has been co-host of the show since its inception and was co-host for the first national AdCast at the American Advertising Federation Conference (AAF) in Atlanta in June 2008. The video segments are archived on Google Video and available by searching for “AdCast” .

He was a major contributor to the AAF achievement competition books that ultimately won the National Ad 2 Club of the Year title in 2008. Vervisch regularly speaks to student groups, reviews portfolios and gives career advice to the next generation of talent.

“Carl has become one of the most public faces and biggest advocates of Ad 2,” said Ginger Reichl, president of Pinstripe Marketing and former Ad 2 president. “His role in promoting the organization, leading its initiatives, and mentoring tomorrow’s members made him a natural fit for this award.”

Vervisch is a copywriter at SPARK in Tampa, Florida.