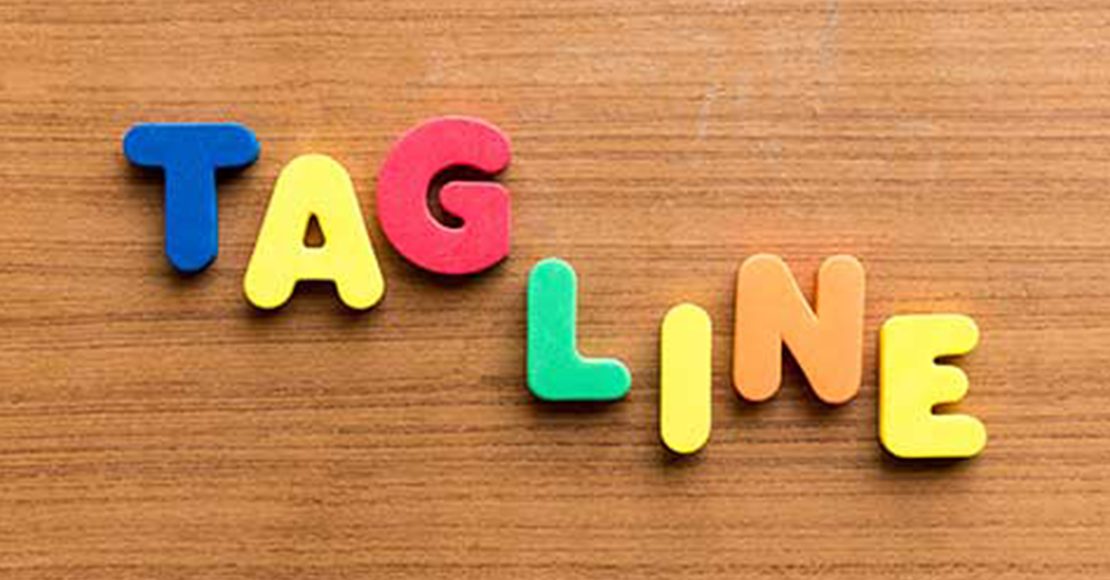 Practically everyone knows the word, ‘slogan.’ You may have also heard the term, ‘tagline.’ Even if you aren’t intimately acquainted with these words, you probably realize they have something to do with marketing. You can be forgiven, though, if you don’t quite understand the difference between the two words, as it’s not uncommon even for seasoned marketing professionals to occasionally slip up and wrongly use ‘slogan’ and ‘tagline’ interchangeably.

Both taglines and slogans are short phrases, issued forth from some business entity, that are meant to be easily remembered. However, taglines (should) spring from a company’s brand and evoke an understanding of what the business is about from a holistic perspective. As such, taglines may remain the same for years—possibly decades—and are sometimes presented in conjunction with the company’s logo. Slogan, on the other hand, comes from the Scottish word for ‘battle cry’ and will pretty much change with the advent of any new advertising campaign or from one of the company’s product lines to another.

The situation does gets a little muddy because not all companies have an official tagline (or if they do, they seem to keep it to themselves). Typically, they will come up with a slogan that they use for many years and then go on to something else. AT&T used “Rethink Possible” from 2010 until 2014, then the company went to “Mobilizing Your Life.” Coca Cola has changed to tagline many, many times over the past century. So often in fact, that you probably don’t even know what it is—which is why you shouldn’t change it that often. (Raise your hand if you thought it was still, “The Real Thing.”)

As for slogans, companies may not use them at all … letting imagery or various other elements of a campaign carry the attendant message without putting it into specific words. Or they may enlist the established tagline to do the work of a slogan as well. Publix’s “Where Shopping is a Pleasure” is a good example of a very active tagline contributing to ongoing marketing efforts.

But there are many companies that have clearly delineated the two types of marketing phrases. Here are a few better known company taglines as well as some notable campaign slogans. 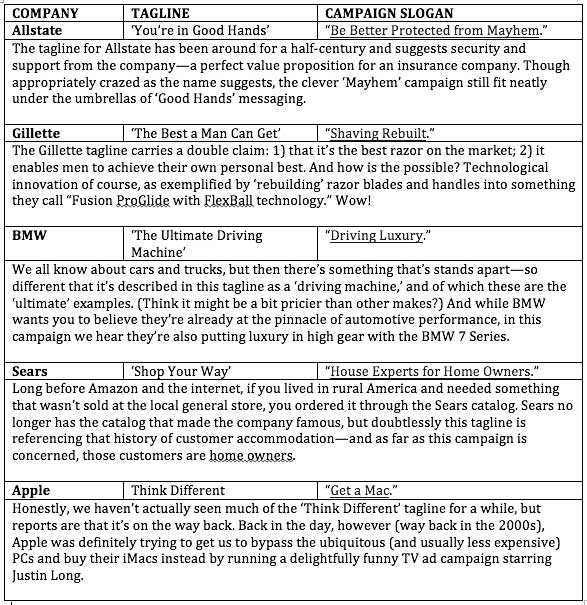 World famous taglines aren’t vital to branding, and carefully crafted slogans aren’t critical to marketing campaigns. But when there are deployed, they should be short, memorable and make a promise to the customer, whether it’s about the company as a whole (tagline) or about a specific product, feature … or limited good (slogan). In the meantime, you can feel superior and annoy colleagues and errant marketing professionals by correcting anyone who uses either term incorrectly.

Check out the resources below to help you create memorable taglines and slogans:

Tips on How to Write a Killer Slogan

How to Craft a Powerful Tagline