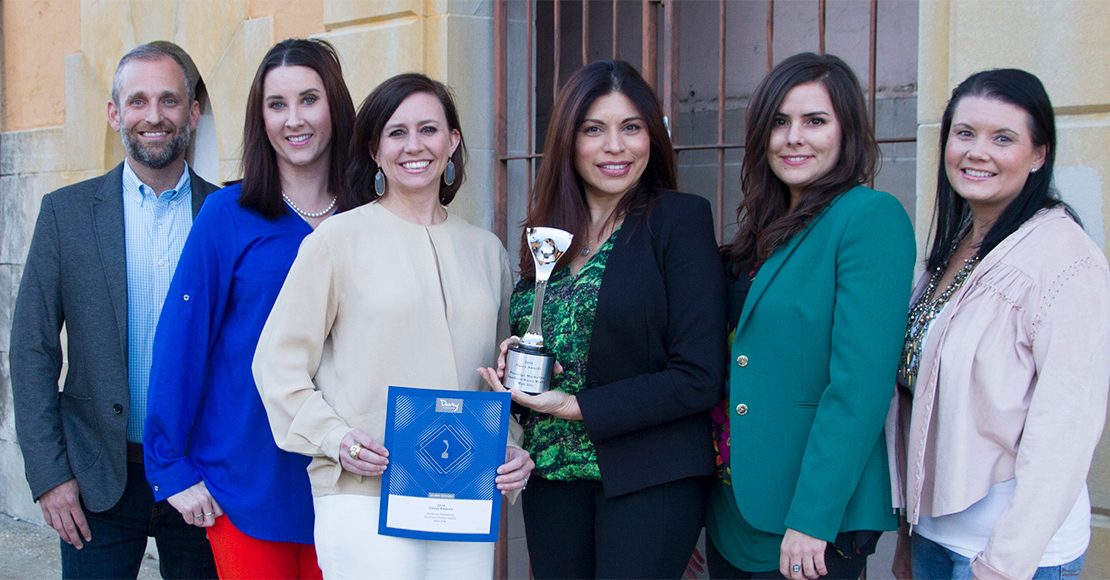 Pinstripe Marketing and Southern Roots Realty – proud recipients of a silver Davey Award for the Southern Roots website. What is a Davey Award? We asked the same question about a year ago, and the path leading to us receiving one is a prime example of good marketing (both on our part and the Davey Awards).

We receive a lot of mail. Much of it is promotional mail of various types, and the Davey Awards piece we received was no exception.

I opened the envelope, which has since been discarded, but must have been compelling in and of itself to prompt me to open it. Inside I found this Davey Awards poster. 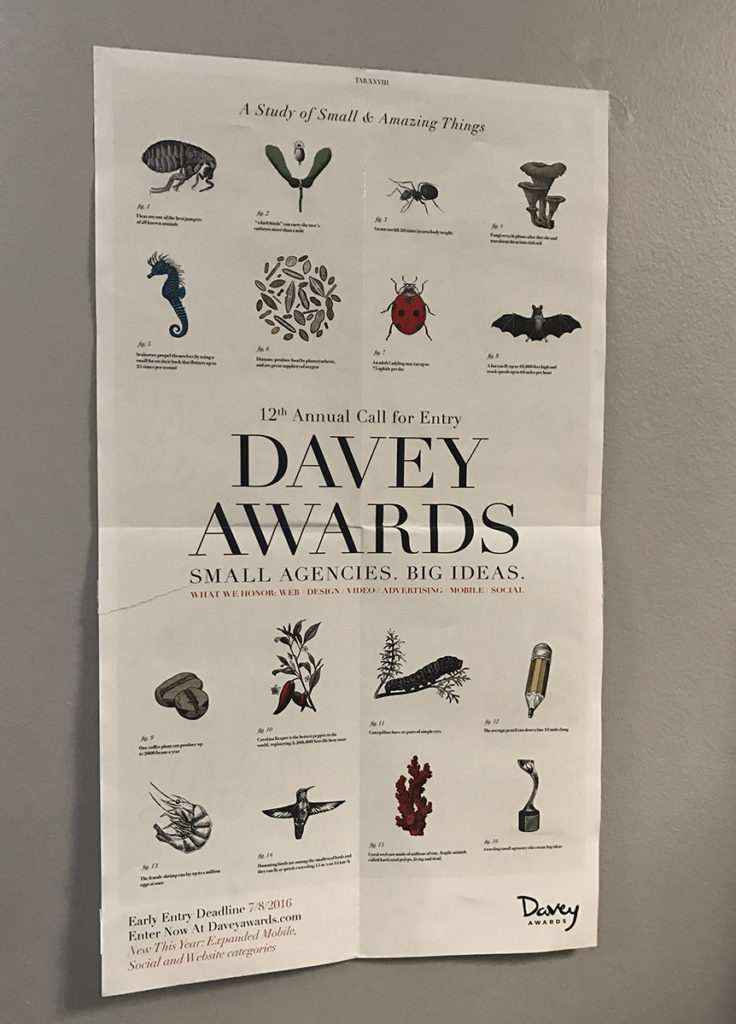 I loved the design! I couldn’t throw it away. It wasn’t just a promotional piece – it was a work of art, and just so happened to look nice on my wall. There it stayed for several months until one day I really looked at it and noticed the deadline to enter was approaching. Come to think of it, I hadn’t really bothered to visit the website, I just liked the poster enough to hang it on the wall – indefinitely. So, that morning I decided to go to the website.

Upon entering the site, I realized that the Davey Awards suited Pinstripe Marketing perfectly.

Meanwhile, we had also just put the finishing touches on the Southern Roots website – and it was beautiful. I browsed the award entries until I found the right category for Southern Roots, took a look at some past winners and decided that we had a fighting chance. So we entered. A few months later, I received notification in the mail – we won the silver! It’s such a great feeling to receive outside recognition for something you’ve worked hard on. To be sure, the Southern Roots team loved their site and showered us with endless praise, but to have a panel of judges tell us that we deserve recognition as well, that was a good feeling. Also, it’s plain old good marketing. Sometimes you have to seek outside recognition for your work, and once you do, you are sharing that work with many people who may not have seen it otherwise (plus the bonus bragging rights if you win).

And on the part of the Davey Awards marketing team – kudos for coming up with an idea that hooked me, even though it took six months for me to realize it. If they had sent a regular postcard, I probably would have thrown it away, especially if I didn’t have a project to enter at the moment. But, because the poster had the longer shelf life of a work of art, something I really connected with, an entry materialized over the several months that the poster hung, and it all came together eventually. We try to keep this in mind with our marketing materials as well. Good design connects with people, people connect with it. Find that connection, and you’ve found a pot of gold. 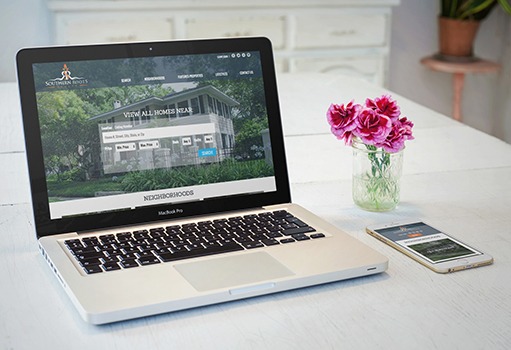 Here’s to a job well done by all involved, from the Pinstripe Marketing creative team, the Southern Roots team, and the Davey Awards team. Each of these people played a role in this award. We all decided to do a photo shoot with our trophy and then celebrate afterwards, (minus the Davey Awards team because they are in New York and we thought it was too short notice to fly them down for the shoot). Here’s to a job well done for all of us who worked on this site!

If you are craving good design, let’s chat!