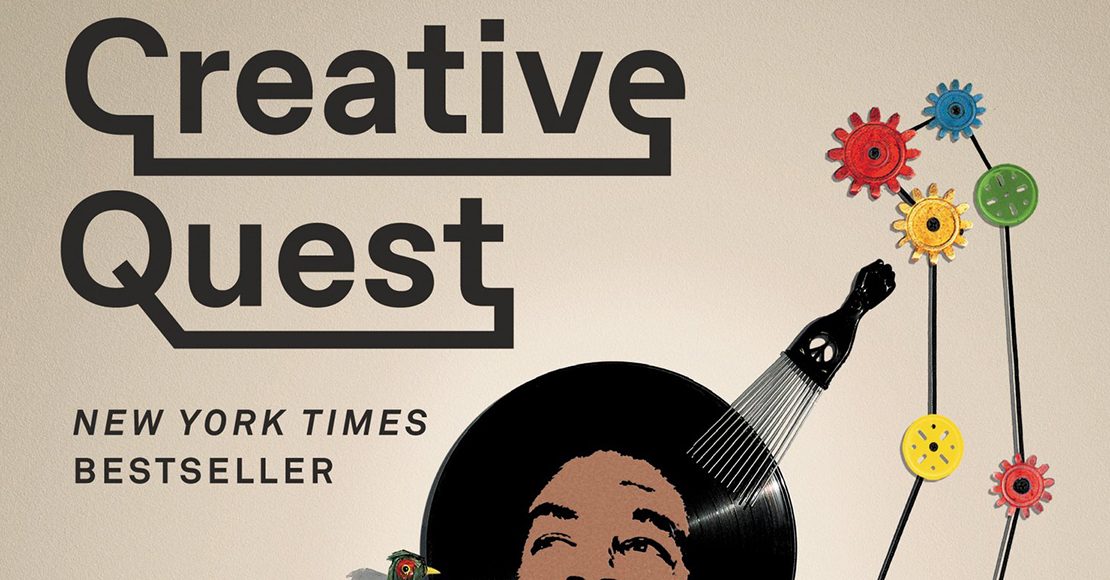 I have never considered myself a creative person – at least in the traditional sense. I’m not a writer, designer, photographer, painter, songwriter or chef. In my career, I rely on my creative problem-solving abilities, and the “I know it when I see it” side of creativity when directing marketing projects, but I’ve always admired truly creative people. Those who create.

In my efforts to cultivate creativity, I often listen to podcasts and pick up the latest books on the subject like The War of Art: Winning the Inner Creative Battle by Steven Pressfield, Big Magic: Creative Living Beyond Fear by Elizabeth Gilbert, and Creativity, Inc.: Overcoming the Unseen Forces that Stand in the Way of True Inspiration by Ed Cutmull.

I have been a fan of Questlove for a long time. Most people know him as the leader and drummer of the hip hop band, The Roots. In addition to their role on The Tonight Show, he has written several books including a memoir, has the most encyclopedic knowledge of music, has designed products, teaches, and is apparently quite the foodie. He’s one of the people I’d invite to my celebrity dinner party. 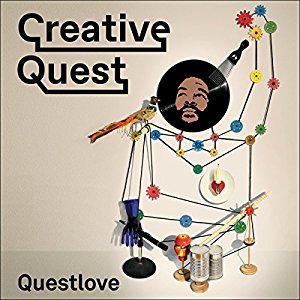 Creative Quest is an insightful journey through the creative process and the work of being a creator. Through personal stories and those of his famous creative friends, Quest covers finding inspiration, overcoming blocks, and honing the tools to not only be more creative, but to create better work. He thoughtfully explains the value of finding great mentors and building a creative network, and perhaps most importantly for artists, how to deal with criticism which can be “destructive to the creative ego.”

The first step in creating is re-creating – making a version of something that already exists. The first time I saw The Roots play a popular song with classroom instruments on The Tonight Show (I think it was Call Me Maybe back in 2013), I thought “how fun! how creative!” and with the millions of views these videos get on YouTube, I’m sure they’ve introduced new music to a lot of new listeners by making the songs fun and approachable. My favorite is the Sesame Street theme song.

One of the book’s insights that really hit me is the notion that we don’t know how to be bored anymore. We have access to entertainment in the palm of our hands 24/7. We’ve lost the ability to be quiet with ourselves and embrace boredom, which “represents pure, undiluted time in all of its repetitive, redundant, monotonous splendor.” Wow. What a concept.

I was also struck by a study he references that indicated that the more rested and alert a person was, the LESS creative they were at their task. When the mind is sharp, it is less likely to be creative. Huh. And all this time I’ve been defending my eight hours a night!

I am so glad I decided to get the audio version of this book as Questlove provides thoroughly entertaining narration that had me laughing out loud in my car. I can’t remember the last audio book that I ‘highlighted’ the pages of (pausing and making notes on my phone so I could go back to those sections). One of my favorite lines was when he told a story about D’Angleo and his songwriting, saying, “If you x-rayed his creativity you would find those songs in there glowing from his bones.” What a visual!

Everyone who will listen to me has heard my recommendation of this book. If you are traditionally creative or, like me, wish you could sharpen that skill, I encourage you to download the audio and treat yourself to some tools and inspiration. With a few chuckles on the side.

After you’ve listened, I’d love to hear your thoughts.