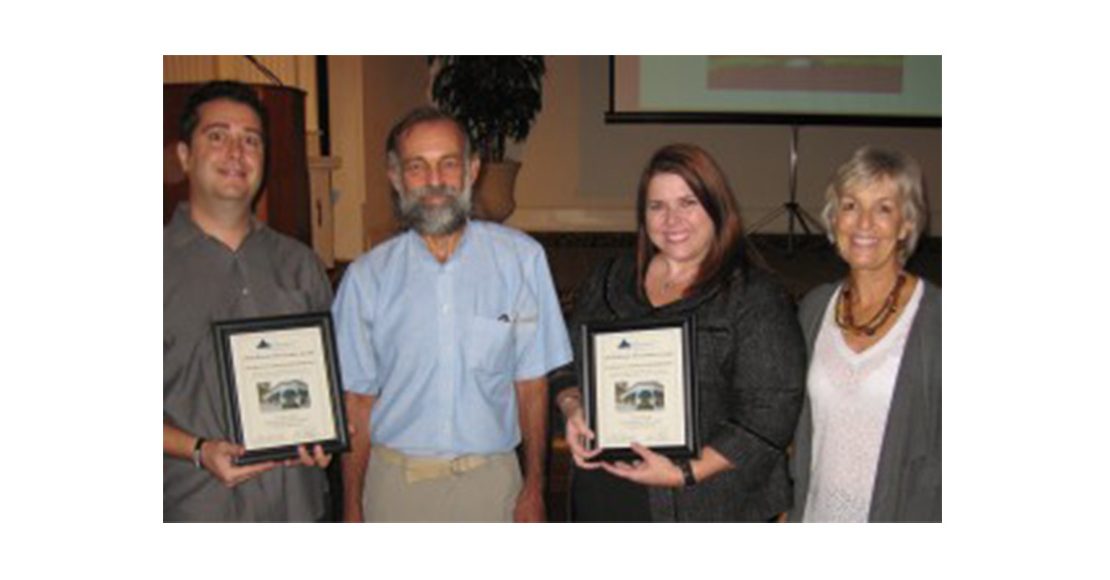 “It is an honor to receive this award from St. Petersburg Preservation,” said Pinstripe president, Ginger Reichl. “As a St. Pete native, I understand how important it is to preserve our city’s significant buildings and to support growth that honors our rich history. The Central arcades are unique landmarks that deserve to be protected and celebrated.”

Shortly after moving the agency to the 600 Block in late 2007, Pinstripe led the effort to refurbish the vacant and blighted Crislip Arcade and adjacent buildings. Following a meeting with the building’s owner, Tom Gaffney, Pinstripe coordinated a clean-up initiative with more than 70 volunteers and started planning an exterior art project. With increased momentum and interest in the project, Councilwoman Leslie Curran, several departments within the city, St. Petersburg Preservation, and local businesses including J Allan Studios and Studio@620, joined the initiative and worked closely with Gaffney to re-develop the arcade as a home for emerging artists, galleries and small businesses.