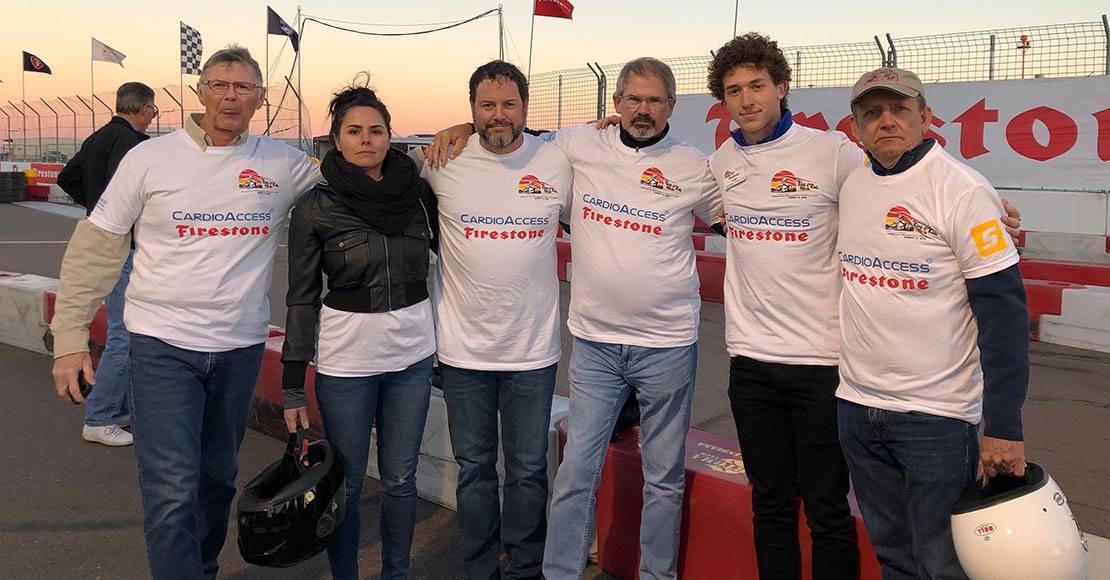 As part of our ongoing campaign to support local non-profits, Pinstripe chose Kart 4 Kids as our beneficiary for 2019. Each year the Kart 4 Kids team hosts a Pro-Am kart race to raise money for Johns Hopkins All Children’s Hospital. More about that later.

After meeting with the Kart 4 Kids team to determine their needs, we embarked on several months of building a public relations campaign that included press releases and distribution to local news and online outlets, pitching morning shows to gain Kart 4 Kids an even broader audience, and video and photography to build a more substantial media library to use for marketing collateral.

Our first campaign was a huge success and the Kart 4 Kids team was thrilled. We were able to place them on interviews with Bay News 9 and Great Day Tampa Bay. Indycar champion and hometown hero, Sebastien Bordais, spoke about Kart 4 Kids and Jenine Rabin from Johns Hopkins All Children’s Hospital Foundation talked about the hospital, the life-saving equipment the fundraiser has purchased, and the impact community has on direct patient care. Patient ambassador, Clifford Mason, was able to attend the Great Day Tampa Bay segment to talk about his experience as a patient of the hospital. All did a great job, see for yourself in the clips below.

Besides providing great PR for Kart 4 Kids, we took this sponsorship to a whole new level. Pinstripe Marketing put together a Pro-Am kart racing team and, although our race team didn’t win, Johns Hopkins All Children’s Hospital did! They received a whopping $185,000 from the Kart 4 Kids efforts, which included sponsored Pro-Am teams, a live auction with items such as a helmet worn by esteemed local IndyCar driver Sebastien Bourdais, a silent, online auction with items that included a race-worn suit signed by Tony Kanaan, driver signed artwork and photos, and many other items. In the last eight years since the first Kart 4 Kids race, the organization has raised a total of nearly $600,000.

Kart 4 Kids Inc is a 501(c)3 organization established to raise money for Johns Hopkins All Children’s Hospital by organizing the Kart 4 Kids Pro-Am Kart Race. The all-volunteer staff means that All Children’s receives all proceeds net of direct race expenses. Now in its 8th year, the Pro-Am kart race was started in 2012 to honor the memory of IndyCar driver and St. Petersburg resident Dan Wheldon, who had tragically perished in a racing accident. Starting with American Porsche factory driver, Patrick Long as its only professional driver in the first race, the race has been embraced and supported by many of the best racing professionals in IndyCar, IMSA, and Pirelli World Challenge, among other series. Patrick has been joined by early supporter Sebastien Bourdais as the two featured drivers. From its small start, the Kart 4 Kids Pro-Am Hosted by Andersen Racepark, Featuring Sebastian Bourdais and Patrick Long has become one of Johns Hopkins All Children’s top third-party fundraisers by donating $130,000 in 2018. For more information visit www.Kart4kKds.org, ‘like’ its Facebook page at Kart4Kids Pro-Am Kart Race, or follow the race on Twitter @kart4kidsproam.