“A brand should strive to own a word in the minds of the consumer.”  It’s one of the key messages in Al and Laura Ries’ book, 22 Immutable Laws of Branding.  I use this gem in every marketing and branding presentation I give, using national examples (Volvo, FedEx, Nordstrom) and a few locals (Beef O’Brady’s, Beltz & Ruth, and Dr. Monticciolo). The idea of owning a word can be applied to personal branding, as well as large corporate branding. Small-to-midsize business owners may also get the opportunity to name a new product or service. It could be a resalable white-label offering from a vendor or something developed entirely in-house. Regardless of its origins, businesses and individuals should invest considerable care in coming up with a worthy moniker, otherwise the new offering may never get a fair reception from potential consumers.

Walter Cronkite became an American icon when he took over the CBS Evening News in 1962.  Known for his slow, steady, authoritative delivery and his unerring standards of responsible and ethical journalism, Walter’s voice is associated with the country’s most significant events of two decades. He ended each broadcast with his trademark, “And that’s the way it is,” except when it followed an opinion.

These days, it’s hard to imagine opinion or commentary that isn’t delivered as news.

Uncle Walter died in 2009 at the age of 92, an owner of the word trust.  And I don’t think anyone will ever take it from him.

From a strictly business perspective, there are a number of errors marketers sometimes make when naming the things they want to sell. Below are five whoppers to avoid, as demonstrated by companies that were big enough to know better.

Enamored of a concept. Consider a couple of naming failures from the haircare product manufacturer, Clairol, in the early 80s. First came, ‘Look of Buttermilk’ shampoo. Quite understandably, consumers didn’t know what buttermilk hair should look like, and weren’t willing to find out. Not to be deterred, three years later Clairol gave us ‘Touch of Yogurt’ shampoo with equally disastrous results. Fortunately, the company abandoned the sensory-appeal concept before potentially presenting the buying public with the ‘Smell of Cheese.’

Key takeaway – We’ve all been guilty of coming up with creative ideas that we love like children—expecting others to love them as well. Unfortunately, sometimes the baby is ugly, and when it comes to our creative concepts we may have to listen and accept the bitter truth.

Poorly represents the product. If you had told someone, “I just ordered Qwikster,” would he or she have clue what you meant? Probably not. Nor would it have helped had you said, “Netflix Qwikster,” especially since that name referred to the much, much slower DVD-by-mail movie-rental service rather than the company’s streaming video.

Key takeaway – While people expect a little exaggeration in marketing, they won’t tolerate outright lying, so be sure to avoid misleading or misrepresentative names. 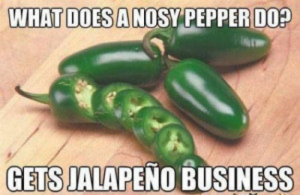 Tiresomely “clever.” Have you ever known someone who has a favorite joke, quip or pun… and they never miss an opportunity to throw it into a conversation? In reality, the half-life on “being clever” is pretty short. Consider, for example, Ralston-Purina’s Freakies cereal (1972 – 76). The commercials were chuckle-worthy (once), but would you want to admit actually eating the cereal? And how many times could you have stood hearing your kid sing the theme song at breakfast?

Key takeaway – You want to give your offerings a name that will last a lifetime. So unless silliness is part of your brand identity, don’t sacrifice a descriptive or allusive title in favor of a novelty name that your customers can’t take seriously.

Ego-driven. A brand is about the company, but a product or service should be about promising to satisfy the consumer. Therefore, it’s generally best not to name it after the business owner or family member, as that comes across as a bit egotistical and provides no clue as to the product’s value proposition. For our example, look at (probably) the most famous product failure of all time: The Edsel. Named after Henry Ford’s son, this automobile had a lot of problems—starting with a high price and not particularly well-made—but such shortcomings have never been a problem for Italian sports cars. So instead, ask yourself, who would want to drive an Edsel?

Key takeaway – Names that are meaningful to you may carry no significance at all to your customers, and they may even be a bit put off ordering the ‘Bobby Jr. Special’ when they are with their own little Michael.

Clueless (What were they thinking!?!). Back around 2001, Bosch Siemens Hausgeraete, a subsidiary of global conglomerate Siemens AG, filed applications with the US Patent & Trademark Office to use the name, Zyklon, across a range of home products, including gas ovens. If that name rings a bell, perhaps you recognize Zyklon B as the poison gas used on Holocaust victims in Nazi concentration camps. Making matters worse, Siemens is widely alleged to have taken advantage of slave labor supplied by the evil German regime during WWII. Siemens said they wanted the name in conjunction with their line of vacuum cleaners which uses cyclonic technology. (Zyklon is German for cyclone.) Honest mistake or not, the company wisely gave up the idea.

Key takeaway – Step outside your inner circle—whether that’s the people you work with or friends and family—and consult thoughtful, knowledgeable people at large about your potential naming ideas. Or at least do a Google search! Note that in terms of product quality, the aforementioned products weren’t especially terrible. And if the product is good enough, it may even survive a bad name. (For example, Nad’s for Men—a hair removal cream—has been around quite a while.) But why bring your new product or service into this world saddled with an inherent disadvantage? Remember, a rose by any other name may indeed smell as sweet. But if it’s called a Farkenglart, chances are that no one will go near it to find out.

If you want to own a name and brand the way Walter Cronkite did, honesty is your greatest tool. If you’ve recently gone through a rebrand, we’d love to hear more about your experience, and if you’re thinking about rebranding, get in touch with us. We’ve ushered Fortune 500 companies and small businesses alike through the process with great success.