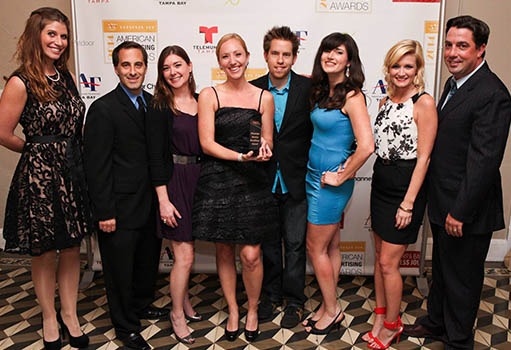 Ten years ago, as she was “aging out” of Ad 2 Tampa Bay, Ginger Reichl created the Pinstripe Service Excellence Award to recognize the most outstanding member of the organization. At this year’s ADDY Awards, that first recipient, Devon Pero, presented the 2013 award to Robyn Walters – the latest in a long line of accomplished professionals who continue to be leaders in the industry. They all make us very proud.

Former Ad 2 Tampa Bay president, Robyn Walters, received the 2013 Pinstripe Service Excellence Award at the American Advertising Federation – Tampa Bay Chapter’s ADDY Awards held on February 27 at the Cuban Club in Ybor City. Presented annually by past recipients, the award recognizes the Ad 2 member who demonstrates the most outstanding contributions to the organization, the advertising industry, and the Tampa Bay community.

“It is truly the highest honor to be recognized by local industry leaders, people you are blessed to say are your mentors and friends,” said Walters. “I am grateful to know each past recipient of the Pinstripe Service Excellence Award and there is no higher accolade than having my name next to theirs.” 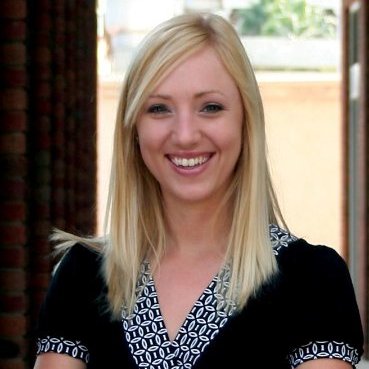 Walters was recognized for her accomplishments including maintaining the chapter’s membership during the recession, managing several student initiatives including the mentorship program, internship speed dating event, and an AdTour of several local agencies. Under her leadership, Ad 2 earned first place in the National Ad 2 Public Service competition for their pro bono campaign for Starting Right, Now. She has held several positions on Ad 2’s board and is currently the education chair for AAF Tampa Bay and the National Ad 2 public service co-advisor. She is a programmatic solutions manager for Triad Retail Media and volunteers for several Tampa Bay non-profits.

“Robyn was nominated by several of her peers, illustrating how much they admire her,” said Ginger Reichl, president of Pinstripe Marketing and former Ad 2 president. “Her commitment to Ad 2, her employer and the advertising industry is only surpassed by her commitment to making Tampa Bay a better place through her service to charitable organizations.”

Ad 2 Tampa Bay, Inc., an affiliate of the American Advertising Federation, is a non-profit organization of advertising professionals under the age of 32.  As a eleven-time National Ad 2 Club of the Year, the organization takes pride in providing both members and the community with quality educational programs, national award-winning public service campaigns, professional interaction, member employment services, fun-filled social events and much more. For more information, please visit www.ad2tampabay.org.