The “PinStrike” team put up some less-than-stellar numbers but took home the trophy for best dressed team at the 2013 SPCA Tampa Bay Pet Bowl on Saturday, July 13th. While the team struggled to score a mere 1314 points in three games (ok, we’re not bowlers) the event raised more than $15,000 to support the organization. 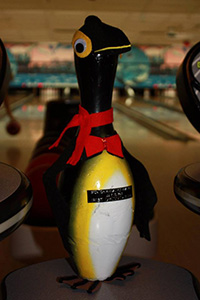 The Pet Bowl is one of our favorite activities each year and is the perfect kick-off to the Pet Walk season. The 2013 3K Pet Walk is Saturday, October 12th at Vinoy Park in downtown St. Petersburg.

See more photos from the event on Pinstripe’s Facebook page.