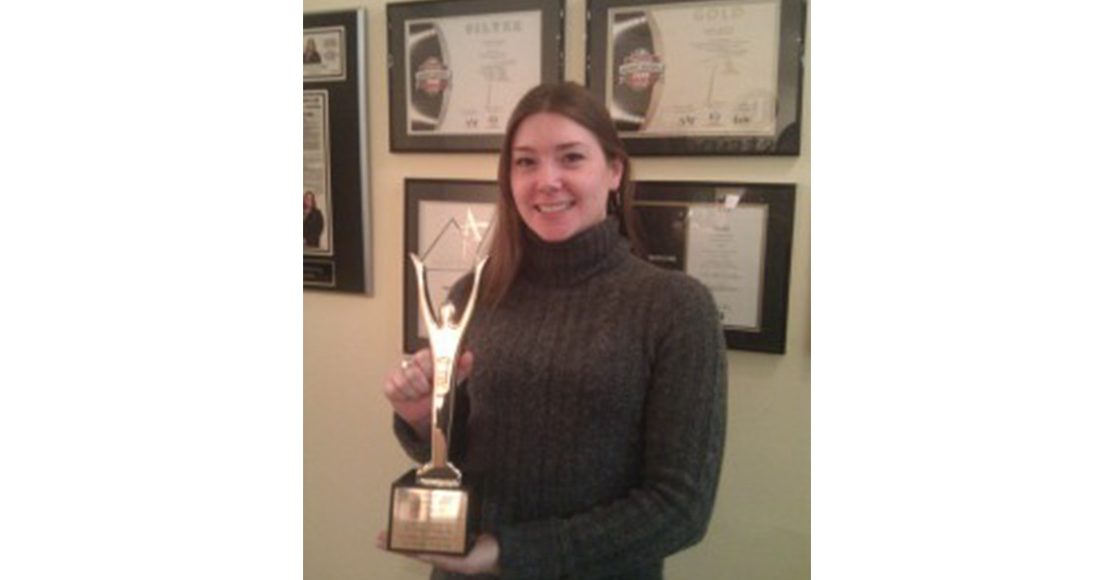 We are so proud to announce that Pinstripe senior project manager, Tamara Whittaker, won a Stevie Award for her role in leading Ad 2 Tampa Bay’s public service campaign for I Own Me.

Ad 2 Tampa Bay won a Stevie Award for Communications or PR Campaign of the Year – Low Budget (Under $10,000 / €7000) category in the Stevie Awards for Women in Business.

The Stevie Awards for Women in Business honor women executives, entrepreneurs, and the companies they run – worldwide. The awards are one of four Stevie Awards programs, which have been hailed as the world’s premier business awards.

More than 300 nominees and their guests attended the awards dinner at New York’s Marriott Marquis Hotel. The event benefitted Camfed (camfed.org), which fights poverty and HIV/AIDS in Africa by educating girls and empowering women to become leaders of change.

In winning the Stevie, Ad 2 Tampa Bay beat out other finalists including the 5th largest PR firm in the world, Euro RSCG Worldwide PR, New York for the award. More than 1,300 entries – a record for the competition – were submitted this year for consideration in 75 categories, including Best Executive, Best Entrepreneur, Women Helping Women, and Communications Campaign of the Year.

“The ‘I Own Me’ campaign was developed pro bono by more than 35 volunteers to help educate and empower teens when it comes to making decision in a relationship,” said Lindsey Howe, Treasurer and past Public Service Account Director of Ad 2 Tampa Bay. “We wanted to not just create an awareness campaign, but wanted to send a powerful message to teens that it is okay to value your actions, your heart, your body, your feelings and be who you want to be while in a dating relationship.”

“We are honored to win this prestigious international award but most importantly, the success of the campaign is measured by of all the lives we continue to help through The Spring of Tampa Bay and other domestic violence victims everywhere, said Tamara Whittaker, immediate past president of Ad 2 Tampa Bay.”

Details about the Stevie Awards for Women in Business and the list of honorees are available at www.stevieawards.com/women.

About Ad 2 Tampa Bay
Ad 2 Tampa Bay, Inc., an affiliate of the American Advertising Federation, is a non-profit organization of advertising professionals under the age of 32. Ad 2 Tampa Bay seeks to raise the profile and prestige of the local advertising industry through education, legislation, and public service. As a eleven-time National Ad 2 Club of the Year, the organization takes pride in providing both members and the community with quality educational programs, national award-winning public service campaigns, professional interaction, member employment services, fun-filled social events and much more. For more information, please visit www.ad2tampabay.org.